This tutorial will get you started with the most important and frequently-used features of Relay. To do that, we’ll build a simple app that displays a newsfeed. We will cover:

This tutorial assumes a fair familiarity with React. If you’re still new to React, we suggest going through the React tutorial and working with React until you’re comfortable with creating components, passing props, and using the basic hooks such as useState. The tutorial is based on the Web, but Relay also works great with React Native.

This tutorial is built with TypeScript, so very basic knowledge of TypeScript is helpful as well — you don’t need to know anything beyond declaring and importing types and annotating functions. Relay can also be used with the Flow type system or without a type system.

IMPORTANT: The tutorial is meant to be gone through in order, as the exercises build on each other. You’ll be making incremental changes to an example app, so later section won’t make sense if you haven’t done the earlier sections.

To get started, run the following commands:

This downloads a template project to get started from and starts the server. (If they don’t work, you may need to install git or install npm.)

When you run npm run dev, several processes are started:

In the terminal output, these three processes’ log output are marked with tags: [webpack] in yellow, [server] in green, and [relay] in blue. Keep a look out for errors marked with [relay] as these are helpful if your GraphQL has any mistakes.

Now that these processes are running, you should be able to open http://localhost:3000 in your browser. 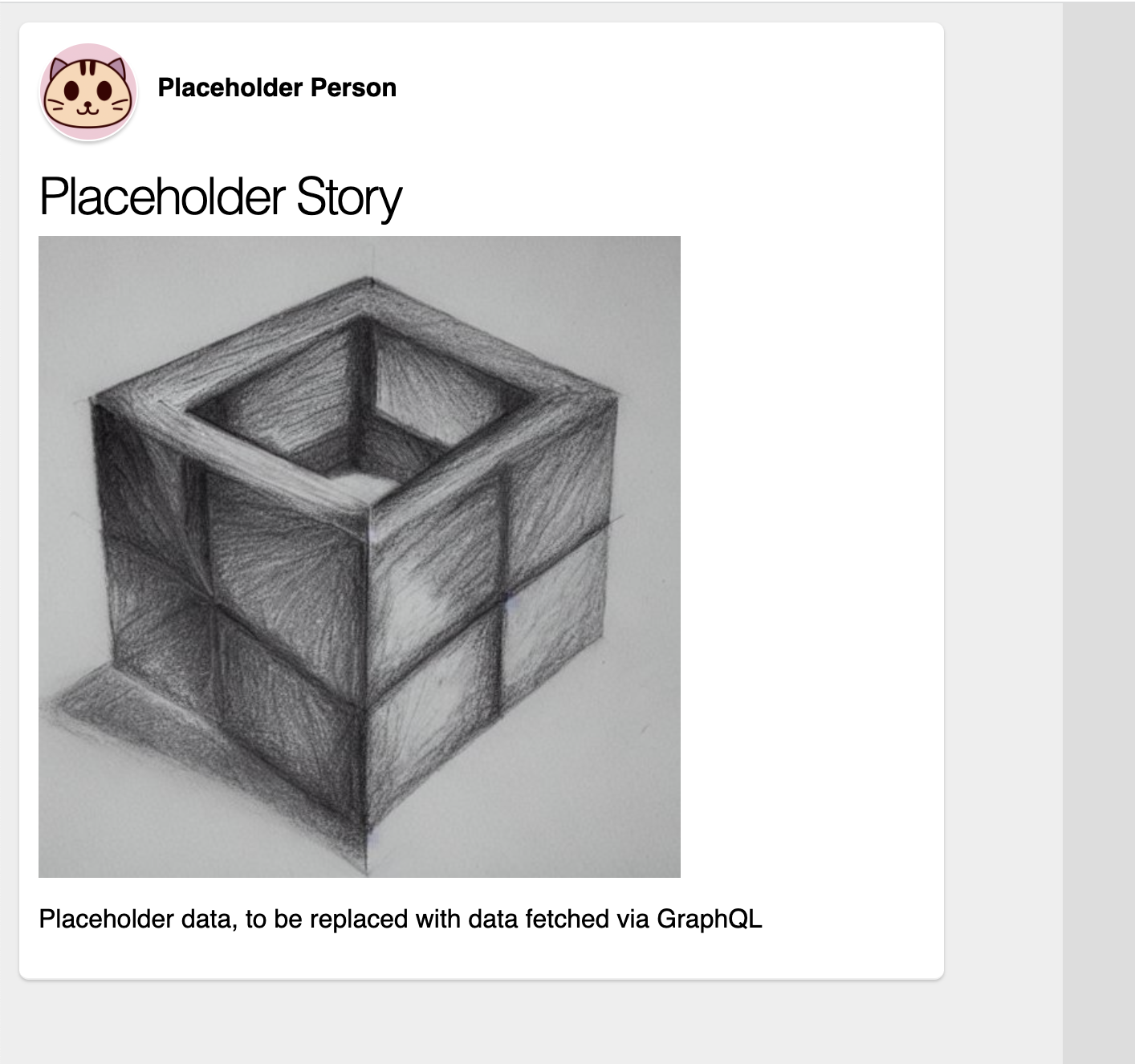 We start from a webpage that shows a single Newsfeed story rendered with React, but the data for that story is just placeholder data hard-coded into the React components. In the rest of this tutorial, we’ll make the app functional by having it fetch data from the server, paginate over multiple stories, and update the data by commenting and liking.

The files that make up the example app are laid out in this way:

Finally, you may want to install the Relay VSCode extension for autocomplete, errors, and other help when using VSCode.

Head over to the next section to start learning about GraphQL and Relay.